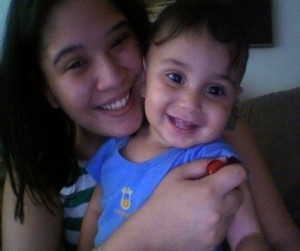 The mission of ‘r kids Family Center (‘r kids) is permanency, safety and stability for vulnerable children and their families. Our objective is to promote permanency, safety and stability for children by providing nurturing services to biological, kinship, foster and adoptive families.
The ‘r kids’ tag line embodies its mission; With each child, the world begins anew (Midrash).

‘r kids understands that children are society’s most vulnerable and most valuable assets. We want the seeds of stability and increased self-esteem for at risk children not simply to take root and flourish for a season, but to enable these children to pay it forward productively as nurturing parents.

Because the needs of the entire family are essential to children’s sustained success, ‘r kids employs a holistic approach, anchored in the best interests of each child and respect, that promotes reflection and responsibility. This process takes many paths: (1) ’r kids welcomes birth parents who feel defeated and perhaps embarrassed by missteps, extending support, identifying strengths upon which to build and working to develop their sense of dignity and pride, and (2) ‘r kids is an advocate for birth parents who often feel isolated, with few understanding or empathizing with their plight or the multitude of barriers they frequently face. Beyond these efforts, ‘r kids helps to cultivate secure bonding and attachment for children, by increasing the individual skills of their biological parents and nurturing a community of foster and adoptive parents who share the values to fortify these reestablished connections. The newly forged “village of support” advances the goal that children grow up in permanent, safe, nurturing families and, when possible, are reunited with their families of origin.

Impact Statement Measurable Results:  ‘r kids family reunification rate is now 78 %, a meaningful increase from our 2012 rate of 63.7 %, thus earning DCF’s respect and gratitude. Notably, ‘r kids continues significantly to outpace national (51%) and state (52%) reunification rates that include court mandated returns after brief removals. In contrast, children referred to ‘r kids are already out-of-home for a 6 month minimum, with many malingering more than 1 year, providing even greater potency to our strong reunification results.

Valuing Fathers:  Fathers play a crucial role in child development, yet little energy has been invested to train child protective workers to engage with dads. ‘r kids is uniquely situated positively to impact DCF through its Fathers Support Group, which is being considered as a statewide model for involving dads in the care and well-being of their children. Indeed, DCF found ‘r kids’ dads so compelling, that it made them vendors to pay for their valuable input in caseworker training sessions.
Evidence Based Reunification Research:  Recognizing that there is a knowledge gap, ‘r kids is undertaking a rigorous examination into the factors associated with successful reunification. Because ‘r kids works exclusively with lengthy out of home placements, identifying key factors to the demonstrably higher reunification that ‘r kids achieves has particular significance for the delivery of child welfare services for all children. Had ‘r kids been involved earlier, it is reasonable to infer that children would not have malingered in care, been exposed to less trauma and achieved permanency sooner, reducing both the long and short term costs to the state and ultimately our community. ‘r kids expects to present its research to DCF as well as to publish a peer reviewed, academic research paper.
‘r kids Family Center
Hours:
Monday — Thursday:  8:30 am — 5:00 pm
Friday:  8:30 am — 3:00 pm
Evenings and weekends as scheduled